It’s actually a Grim AND Fragments progress report, but I thought the title was more amusing without the AND.

Off to the right, you’ll notice that Grim Repo 2 looks like it’s done, with more words than the target. It’s not done. It’s on the border of being done, and I can see the other side, but there’s a minefield between here and there that I have to cross, first.

The Fragments edit is coming along. I have five chapters left to do, and I should be able to get them done tomorrow, barring any unforeseen circumstances. It’s taken so long, because I had to do some major edits early on in the book. Several people had to be written out. It was horrible. Don’t worry. You don’t know any of them, and they’re all mostly alive, I think

Another factor in the delay is that it’s nearly 25% longer than Shattered. I’ve hadn’t written anything as long as Shattered since Shattered, and I forgot how long it takes to edit something this long. I’m anticipating that Reworked (the third A Wizard’s Work book) will be longer, still, and I’ll have to adjust my schedule to account for it.

As soon as I’m done with the Fragments edit, I’ll reward myself by doing something I’ve wanted to do for awhile. I’ll show you all the cover (again, done by Joe Slucher). I think it’s fantastic, and I’ve wanted to show it off for a long time.

I’ve been absent for quite some time. All sorts of life type things ruined my plans for November and December. I did manage to write every day, but it was at a snail’s pace.

But, 2012 taken as a whole turned out better from a writing standpoint than 2011 by a large margin, and I’m hoping to do the same again for 2013. I have big plans for this year, which include finishing up the A Wizard’s Work series and writing the next Lords of Genova book. This year is all about working on the series that I have in progress. It’s ridiculous for some of you to have to wait upwards of two years for the next book in a series because I can’t stop myself from writing up every new idea that I come up with. So, along with those two series I already mentioned, there will be another novella or two for Grim Repo, and another Zombies Ate My Mom novella, too (that one is already started).

I’ve decided to remove the individual book progress meters from the site in favor of an overall yearly progress meter, but even that might go at some point. The only real measure of how well I am doing is the number of projects I get finished.

So, what will you get this year, for sure (unless I get hit by a bus)? Here’s the list, in expected order:

I have plans for other titles beyond these, but I’m not ready to divulge them. I will say, though, that if I don’t get hit by a bus, I think you will be pleased. 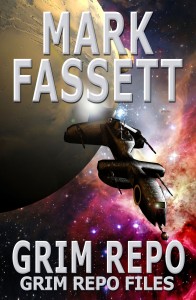