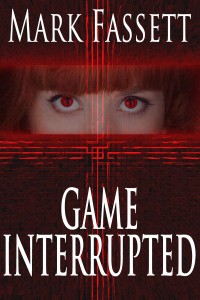 
I’ve always been interested in the terminology that doesn’t change, even when the technology does. For instance, my girl, she’s over there, sitting on the couch, oblivious to the world around her because she’s jacked in.
‘Jacked in’ used to be the term people used when they plugged their cranial implants into the network. People had jacks in the side of their head and just plugged in. The plug-in would charge the battery at the same time as giving them access.
For the most part, you’d look like a junky when you were jacked in. Your eyes would roll back into your head, and for those that were prone to additional loss of body control, they might drool down their chin, or worse.
That lasted a decade or more until the computer manufacturers figured out two things. The first involved shrinking the computer so that it could run off the electrical energy of your body while still providing the functionality people had come to expect. The second was the invention of a shield that was small enough to put in your head, but was still capable of keeping the radio antennae from frying your brain.
Even after these upgrades to the basic personal computer, people still called connecting to the net ‘being jacked in.’
So, my girl, Rhonda, she’s sitting over on the couch, jacked in despite the lack of wires running to her head. I have no idea what she’s doing. We’re at a party, the first one we’ve been to in months, and she’s sitting by herself playing some game or wandering through the shopping mall.
Fuck it. I don’t care. She can shop all she wants. It’s not my money. And if she’s not interested in being at the party, I’m more than happy to leave her on the couch. I would have been happy to leave her at home, for that matter.
The reason stands next to me. Alliana. One point five meters of bare legged perfection. She’s wearing this blood red dress that almost looks like rubber or vinyl, but clearly isn’t. It matches her eyes, which are either contacts or implants. Her hair, a dark, dark brown, is long enough that she has about half of it, I guess, in a bun with the rest hanging out from the center and down to the middle of her back.
“So Landon says your a game engineer,” she says to me.
I turn away from my girlfriend to focus more completely on Alliana. “I am,” I say, without elaborating. I learned a long time ago that saying anything more leads to boredom on the part of the other participants in the conversation. They always think it’s interesting until they start listening to me. I can’t actually talk about the interesting parts.
“Anything I know?” she asks.
“Outworld. Darksand Raiders.” Everyone’s heard of these games. They never made me a lot of money.
Alliana smiles. “I played Outworld, until my computer got wiped in an accident.”
“An accident? A computer wipe shouldn’t have mattered. Your character information is all stored on the servers.”
Now, she frowns. “My boyfriend at the time, he complained I spent too much time jacked in. He hit me in the head, destroying my computer, and I didn’t have insurance. He went to court, and they fined him, but he didn’t have enough money to even cover the court costs. By the time I could afford a replacement, they’d deleted my account.”
“I’m sorry. I bet I could find it,” I say. I’m sure I can. They don’t ever delete anything, unless the account holder is deceased. Even then, it’s a pain in the ass, so they don’t do it often.
She looks over at my girlfriend. “Is she always like that?”
I look, too. Her head has leaned over to the side. She’s in deep. “Unfortunately. We game a lot together, but sometimes she can’t stop.”
She takes hold of my arm, and then starts to pull me toward the balcony door. “Come outside, then. I need to cool off.”
I check our drinks. They’re still full. I allow myself to go where she leads.
Out on the balcony, the night is cool for late June, but not so cool that it’s uncomfortable, even with the wind that’s blowing. Even so, we’re the only people on the balcony.
The balcony looks out over a manicured lawn and a pool. There are a few couples by the pool, but no one is swimming, yet. This, in itself, is unusual for one of Landon’s parties. “It seems Landon has invited a higher class of guest to his party this time,” I say.
She laughs, a golden, glittery sort of laugh. “You could say that,” she says, “but you could also say that the night is young.”
“You’ve been to one of Landon’s parties before?” I don’t remember seeing her. I sip what’s left of my drink, getting mostly ice water. Somehow, it’s already time for a refill, but I’m not leaving this woman to get one.
“Only a couple in the last few months. They are interesting.”
“That’s one way to put it. I’ve seen more than my share of interesting things, here.”
A smile crosses her face, along with a look of interest. “Tell me,” she says.

Read the rest! Purchasing the full story from your favorite eBook retailer!