I’ve decided to add a new feature here. Free Novel Wednesday. Of course, you saw that in the title of this post. For at least the next twenty-three weeks, I’m going to post one chapter of a novel each Wednesday, consecutively, until the novel is available for free in its entirety. I’m starting with The Sacrifice of Mendleson Moony.

I had originally thought of putting up a ‘written for the blog’ novel as a serial, but with Fragments still needing my attention, I decided I’d turn to a different book, one that I really wish more people were reading.

This is an experiment, of course. There are links at the end of the chapter where you can purchase complete copies of The Sacrifice of Mendleson Moony. One of my hopes is that you’ll like the book so much that you can’t wait to read the rest and will purchase a copy of the book for yourself. But even if that doesn’t happen, I really love this story, and I want people to read it.

I’ll shut up now. What follows is synopsis and chapter one of The Sacrifice of Mendleson Moony

Fisherman Mendleson Moony lost his family in a fire. Four years later, he still mourns and has given up the sea to farm his land.

Henrietta Swooth, the Seer that has lived across the road from him for the last three years, has a secret. She knows the time and place of her death, and she must soon leave to meet it.

A vision sends her to the summer festival, where she and Mendleson talk for the first time, When he touches her hand, everything changes, and not for the better.

Mendleson comes away with a desire to save her. She comes away knowing that his attempts to save her will see him dead at her side.

Can Mendleson overcome his loss to find love again? Is it already too late?

If you can’t wait to read the other chapters, you can get the eBook (or a really awesome paperback) from the following retailers. 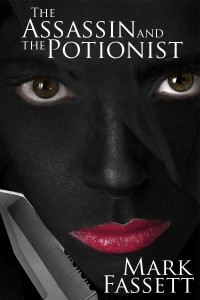 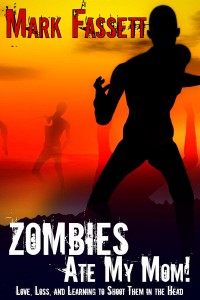 I think I announced it everywhere but here. Zombies Ate My Mom is available in most places like Amazon, Barnes & Noble, Smashwords, and DrivethruFiciton.com. Kobo and Sony should be coming along soon.

I’m excited about ZAMM, and I hope you all like it. I’d love to write two or three more of them, as this one was a blast to write.

I’m only going to mention when a newsletter goes out just this once. I sent it this morning, and it included a link to the free electronic copy of Zombies Ate My Mom!. If you signed up and you didn’t get it, check your junk/spam folder for it. It’ll be from a gmail account that has my first and last name in front of it.

For those of you that didn’t sign up, sign up anyway. You’ll get notice of new releases delivered right to your inbox, and I will probably do more freebies like this one in the future.

Down along the right side, right below the “Recent Releases”, is a little widget that lets you sign up for my newsletter (there’s also one at the bottom of this post). If you sign up during the next seven days (March 16-March 22), the first newsletter to go out will contain a link to a free electronic copy of Zombies Ate My Mom, my new zombie novella. You will get this BEFORE it’s available anywhere else.

What else will be in the newsletter, you ask? The newsletter will keep you up to date on my latest releases and where they might be found. I expect I will release a short story a few times a year, and some of those will be free to subscribers.

You will get the newsletter only when something happens (a new release, a special deal, etc…). You won’t see the same piece of spam mail every week. You won’t see mail about my software (I know some of you might want that – but that’s why there’s a link in the apps to check for updates). You won’t see cat pictures (unless I get lots of feedback that you want pictures of my cats).

So, sign up for the newsletter in the next seven days, receive a free electronic copy of Zombies Ate My Mom, and get notified of cool stuff (and the occasional freebie)!

Today is Release Day for The Sacrifice of Mendleson Moony!

And this time, I’ve almost got it right, I think. If you click through to the Mendleson Moony page, there are links for each of the retailers that are currently available, including Amazon, DriveThruFiction.com, Barnes & Noble,  and Smashwords. Kobo and Sony should be along in the next few weeks. I wish I could speed those up, but there is little I can do about it. (Sony hasn’t even put up Questioner’s Shadow yet 🙁 ).

The paperback is also available from CreateSpace, and Amazon. In about six weeks, you should be able to order it from other outlets like Barnes & Noble.

I’m pretty excited about this book. Its roots are in the Marketing workshop I took from Dean Wesley Smith and Kristine Kathryn Rusch last March. We had to write a proposal for a new novel each day, and this is based off of the third proposal I wrote.

I was laying in bed at the hotel, staring up at the starry sky (there are stars on the ceilings of the rooms at the hotel), knowing that I had to write a proposal that day before the session, and I had nothing. I must have lay there for an hour before I decided to forget worrying about a plot and started thinking about the characters, and right at that moment, Mendleson Moony’s name popped into my head. Following on that, I came up with the name of Henrietta Swooth, and about two minutes later, I had the title.

This is the book I tried to write in ten days. It took me quite a bit longer due in part to a wall I hit in the middle and some other life issues that caused a lot of stress, but I think it turned out well, if a bit different from my previous novels.

There’s a two chapter excerpt on the book page, too!