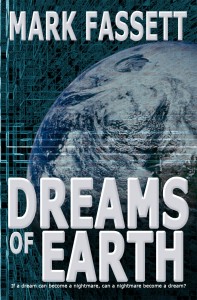 Hal hates space. He worked for years in the deep cold blackness to save money so that he could return with his wife to Earth, buy an apartment, and start a family.

But his wife loves living on the Titan Interstellar Launch Facility, and seems to have forgotten the shared dream that brought them there.

When Hal’s boss approaches him with a new contract, his wife implores Hal to take it. Returning to Earth looks like a shattered dream.

But, if there is one thing Hal doesn’t want to do, it is to stay in space one minute longer than necessary. Can he find a way to change her mind?

As Hal stepped out from the TubeTrans, the silvery skin of The Pride of Earth loomed above him like some monstrous beer barrel on its side. The grav harness wouldn’t let it roll, Hal knew, but to see the ship there without any visible means of keeping it secured unnerved him each time he entered the dock. Once inside the ship, he could forget about it, it was like any other ship he’d worked on, but outside, the massive scale of the thing dwarfed even the largest ships he had ever run wire through in Earthdock.
The bridge that stretched between the ship and the dock unnerved him, too. Wide enough for a convoy of trucks to cross, it shook with the inevitable grav tremors the huge ship and the even larger dock created between themselves. It never moved more than a few inches, but he swore with every step that he could feel the movements. He lived in terror that the tremors would suddenly become more than tremors and tear the bridge away from the ship or the dock or both while he crossed, plunging him into the abyss below.
And the bridge was not a solid piece. He could see through it into the abyss, a half a kilometer down, out into space.
He stepped onto the bridge and hurried his steps as much as he could amongst the other traffic crossing to and from the ship. He tried not to look down, not to look up, but only at the goal, the gaping maw of The Pride of Earth’s cargo doors, which would lead him to the day’s work. If he looked in any other direction, it would remind him that he was in space, that he wasn’t home on Earth where he belonged.
The other workers crossing to The Pride of Earth split apart in several directions once they passed the threshold of the hull. Metal workers, plastics fabricators, structural engineers, computer techs, they all had places to go. A large portion of them went immediately to the nearest TubeTrans that ran the length of the eight kilometer ship.
Hal veered away from them, toward the stern. The electrical worker’s bay was only about a hundred meters from the giant hold that would eventually contain all the equipment the ship and its passengers, colonists, would need at their destination.
When he palmed the lock on the electrical bay, a face appeared on the terminal above it: the olive colored skin, balding but black-haired head, and thin features of his boss, Soheil.
“Come see me, Hal.”
“Now?” Hal asked. That was not something he wanted to do. At the best of times, Hal thought Soheil made his job tougher rather than easier. The man seemed to exist only to get in the way.
“Yes, now.”
“But I’ve got to be in engine room sixteen. Alicia is probably already there, waiting.”
“Then she can wait a bit more.”
“Fine,” Hal said. “Let me collect my toolbot first so I don’t have to come back here.”
The door slid open in front of Hal, and the display winked out.

Hal stepped into Soheil’s office, a temporary construction of plaststeel inside the cargo hold, and his toolbot followed him through the door.
The door slid shut behind them. Normally, once activated, the toolbot would follow Hal wherever he went within the ship, but Hal directed it to wait just inside the door.
“Hal,” Soheil said, “Come sit down.”
He was smiling. It made him look like a snake. Hal had no desire to sit down across the prefab desk from him, but he had little choice. Soheil would wait to say anything else until Hal did what the thin little man wanted.
When Hal took the seat, Soheil leaned forward with his elbows on the desk, his hands clasped before him.
“Hal,” he said. “Do you like working for Titan Interstellar?”
Hal fished around for a diplomatic way to say no. It didn’t matter whether he liked working for Titan Interstellar. Until his contract was up, he didn’t have much of a choice, and it was so close to being up.
“I’ve had worse jobs,” he said, giving up.
“Good,” Soheil said as if he had heard a more positive answer. “I noticed the other day that your contract is just about up.”
“Five weeks,” Hal said.
He was ready, too. The bank account, full of money that would buy a condo for him in most cities back on Earth, a line on another job that wouldn’t pay as much as TI but would bring in enough to live on, and a guaranteed trip back, paid for by TI.
“Yes, that’s about right. Well, the company is interested in offering you another contract.”
“But isn’t The Pride scheduled for launch in four months?”
Soheil nodded. “It is, but it won’t be the last. Work is scheduled to begin on another Titan Colonizer in three months.”
“But that wouldn’t be ready for electrical work for what, another two years?”
“Eighteen months, but the construction bay needs an upgrade, and you would work on that until then.”
Panic started to set in. Dock-work would mean being exposed to space, to the nothingness. Something wasn’t right, here. His calf twitched. “I don’t do dock-work. Why me?”
“We need you, Hal. We need your expertise, and we thought the dock-work would hold you over until the next one was ready.”
Hal shook his head. “I can’t do dock-work,” he said. He didn’t want to explain why. “I’ve already got a job lined up on Earth, and I only came out here to make enough money to buy a place. I’ve got that, now.”
Soheil leaned back in his chair, let his hands slide to the desk controls. His smile thinned a bit. “Why would you want to go back to Earth? It’s crowded, dirty, the gangs run it just as much as the government does.”
“It was my dream, my wife’s dream, when we came out here. We want to start a family,” Hal said. He hoped it was still true. Sandra hadn’t talked about it in over a year.
“I understand,” Soheil said. “But please, at least give the contract a look. There’s a raise, better quarters — check it out.”
“You’ve already sent it home, haven’t you.”
Soheil smiled again. A snake for true. “Yes. It’ll be there waiting for you.”
Waiting, where Sandra could read it, where she might come to think he intended to stay, where she might think he had given up on their plans.