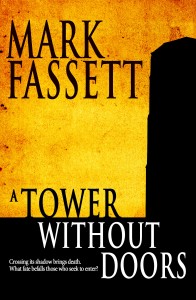 The morning dawned bright and blue. Bremin took the hundred dols from Mister Attison and gave them to Mathilda.
“Take care with that money, dear,” he said. “If I do not return, it shall have to last you.”
Mathilda had been shocked when he told her the amount while they lay in bed next to each other.
“All this just to take him to the tower and tell him stories?” she had asked.
He pulled her close to him, felt her skin against his, her breast against his own.
“Yes, my love. For a walk and a few stories,” he whispered into her ear.
“You will be careful,” she said. “I do not want you walking in that thing’s shadow.”
“Of course not,” he said.
She slipped her arm down his back.
“Promise me you will keep an eye out for tricks. I can not help but think there is a trap, here.”
“I promise,” he said and licked her ear. His tongue came away with the taste of salt from a hard day’s work. “But you can keep an eye out, too, and if you see him returning without me, take the money and his horse and ride out of here.”
“Do not frighten me, Bremin.”
“I promise I will return,” he said as he slipped himself inside her and they made love for what he hoped would not be the last time.
And when they finished, he had turned over and fallen asleep and dreamed of what he would do with all the money.
But as he and Mister Attison, who emerged from the barn wearing a small pack on his back, took their first steps toward the tower that morning, the money safe in Mathilda’s hands, Bremin could not help but wonder at the purpose of their trip.
“Tell me again why you want me to lead you to the tower?”
“I want to hear the stories of this place. I collect them, and I will add them to a book of stories about strange places such as this.”
“There are other places, other towers?” Bremin asked.
“I have not seen another tower such as this, but there are other places of the Ancients across the land.”
“Tell me of them,” Bremin said.
Mister Attison smiled. “I will tell you of some of them after we return. But for now, I should like you to earn your hundred dols by telling me stories of this place.”
“What kind of stories?”
The two of them stepped over the low stone wall that separated Bremin’s lands from the grassland that surrounded the tower. A low scrub grass was the only foliage that grew wild in the tower’s shadow, as if other plants were afraid to drop their seed within sight of it.
Bremin knew that not to be the case, considering his land that lay closer to the tower grew better than the land farther away. He never had been able to figure out why only scrub would grow beyond his wall.
“First,” said Grant, “tell me of the shadow.”

It is said, as I am sure you have heard, that the shadow of the tower will end the life of any man who allows it to fall upon him.
My father told me of a friend of his named Simon who did not believe what people said. Every time someone told him that the tower killed any who entered its shadow, Simon scoffed at the story. “How can a shadow kill a man?” he would say. “It is just a shadow, created by the sun. Do you not have a shadow when the sun is in the sky? Does it not grow longer as the day grows long? Has anyone died from being caught in your shadow? Of course not. Shadows are harmless.”
But Simon would not enter the shadow himself to prove his words.
Until one day, a man rode into town and sat at the bar with Simon. They talked and they drank and they drank and they talked and eventually they talked of the tower.
“You say the shadow does not kill,” said the man.
“It is but a shadow,” said Simon.
“But your friends here insist that entering the shadow means death.”
“They are wrong,” said Simon under the certainty of drink.
“Well, then, we should go prove them wrong,” said the man.
“It is a long walk, and the sun is not yet up,” said Simon.
“Ah, but if we take a jug of this brandy with us, we shall drink until the sun rises, and we shall show them.”
Simon’s eyes grew big at the idea of free brandy, for he was already thirsty for more, and it was about time someone prove him right.
So the two of them set off with the jug of brandy in hand, in the meandering way of drunkards, and they walked and drank the rest of the night until they arrived at the foot of the tower just before sunrise.
They sat down and waited, and while they waited, they fell asleep.
The sun crept up over the horizon.
The tower’s shadow grew to cover their bodies.
And when the shadow had moved on, there was nothing left of the two men but the empty jug of brandy.

“That is hardly a story,” said Grant. “They could have stood up and walked away.”
Bremin agreed, but it would not do to say so, he thought. He wondered how much truth there was to the tale he had just told. It did not say they died at all. They just disappeared.
“It is a story that my father told me. It is what you asked for,” he said.
“That it is,” said Grant.
They walked for a moment in silence, growing ever closer to the base of the tower. The granite of the tower gleamed in the sun. Whoever built it had polished it such that even after the ages it had stood in the center of its field, it still reflected the sun from its surface.
“Tell me,” said Grant. “Do you know of anyone that has entered the shadow?”
“No,” said Bremin.
“So when you told me you had never seen a man enter the tower’s shadow and live, you were not answering my question.”
“I answered the question you asked,” said Bremin.
More silence broken only by the crunch of feet on dry grass.
“I see you are a particular man,” said Grant.
Bremin did not know what to say to that.
“What other stories of the tower do you know?”
Bremin thought for a moment, and then decided to tell the story of how the animals were trapped atop the tower.

This is the end of the preview. If you’d like to read the rest, you can purchase A Tower Without Doors from any of the fine people below, including me!